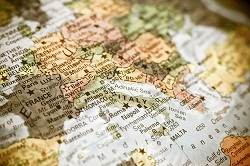 SHARE
POST:
When the steam-driven loom was replacing handicrafts in Britain and the handloom weavers were losing their livelihood, they were led by Ned Ludd into desperate acts of machine-wrecking. Their rebellion would today be called “industrial action” in English and “social movement” in French. Political correctness being unknown at the time, the Luddites were brutally repressed by the British Army in 1812. The choice was between appeasement and drastic suppression. Appeasement would have violated the liberty of manufacturers to employ any method of production they see fit on any terms they can agree with the workers they need—a principle that looks harsh but which is the one sure way of radical long-term improvement in real wages and the condition of the working class. Appeasement and the consequent setback to the rise of British industrial power was, moreover, unthinkable at a time when, just prior to the Battle of Leipzig, Napoleon still looked like winning and Britain was straining every nerve to bring the Second Hundred Years’ War against France to its successful conclusion in 1815.

Today’s banker-bashing and the clamour for “taming” the financial services industry bears some, but only some, resemblance to the Luddite movement of two centuries ago. The main difference is that while the early Luddites faced a single-minded government, today’s banker-bashers and would-be system reformers have the political authorities mostly on their side. Except for a tiny minority, French educated opinion has never understood how an economy worked and if it did not, why it did not. French governments have long been notorious for administering heavy doses of policy medicines that were worse than the disease. This was the main visible reason why France, superbly endowed with all that it takes to make a country rich and its economy to grow vigorously, has been a laggard since about 1975. The French government is now deeply convinced that the 2008-2009 economic upset was due to the moral depravity, the devilish complication, and the unregulated excesses of the modern financial services. They conform to what Paris calls the “Anglo-Saxon model”. Systemic salvation lies in its replacement by a strictly regulated “European model” in which banking serves the “real economy”, by which Paris understands physical production with tangible capital and honest labour, rather than the shuffling of fancy paper. It fails to grasp that fancy paper is shuffled because it represents title to real things, and it is more efficient to shuffle it than to physically move tangible goods from one owner or one debtor to another.

Though it has started to emancipate itself in many ways, in the matter of financial services Berlin has fallen back into the bad habits, first acquired under Konrad Adenauer, of following the lead of Paris. French aversion to Anglo-American ways sits well with German ideals of seriousness, middle-class virtues, and middle-of-the-road solutions. When Germany and France are allied, they invariably get their way in common European policy-making (though Europe being what it is, it usually does not make much difference that they do). Germany and France both wanted a far-reaching re-regulation of the banking, insurance and securities industry. Now they have got their way to some limited and as yet uncertain extent, aided by the singular ineptitude of London, the natural opponent of Luddite propensities.

The Lisbon Treaty has created two make-believe posts, namely a president of the council of ministers and a minister of foreign affairs, to head the equally make-believe government of Europe. Neither post has any real power. The British government has campaigned for Tony Blair to be the president and when that attempt fell through, it used the consolation prize offered to it on a platter to take the foreign minister’s post for a harmless and low-profile Englishwoman. Henceforth it is she who will inaugurate all-European flower shows and countless summit meetings. The British choice left the road open for a French nominee to get one of the three or four posts of commissioners with real power, the commissioner for the internal market who is responsible for the regulation of financial services.

Two strident reactions followed. One was by French president Sarkozy, whose words often run ahead of his thoughts and who declared that this is a triumph of the European over the Anglo-Saxon model of capitalism. The other reaction came from the City of London and the press, where the French move was seen as a plot to cripple the competitive abilities of the British banking and securities industry and help realise the old French dream, first articulated by Valery Giscard-d’Estaing, of making Paris the top financial centre of Europe. Naturally, nothing the internal market commissioner can do could possibly bring this dream any nearer to reality. What it could do, though, is to wreak havoc with the whole European banking and securities industry just as the Luddites tried to wreck the modern machinery to weave cloth.

If the Franco-German conceptions of a more “moral”, safer and more bureaucratic banking really prevailed, the City of London would suffer more than the rest, part of its people and their business emigrating to New York, Geneva, Hong Kong and Singapore. Oddly enough, some of the British authorities seem almost to want this result, finding that the City is “too big” and of doubtful “social usefulness” (to quote the Governor of the Bank of England). The primary targets of pruning would be investment banking and fund management.

For recent podcasts on the banking industry, see Rebonato on Risk Management and the Crisis with Riccardo Rebonato of the Royal Bank of Scotland, and Calomiris on the Financial Crisis with Charles Calomiris, including discussion of the incentives facing bank managers. Hosted by Russ Roberts on EconTalk.

These are the parts of the industry that have done most to provoke the indignation and fury of public and official opinion by their wholly outlandish system of astronomic salaries and bonuses which they are now defending by tooth and claw. Admittedly, football players and pop stars earn as much or more, but they entertain the public, while investment bankers and fund managers do not. Their remunerations defy the laws of supply and demand and are incomprehensible to outsiders (including the writer of this column), but interfering with them is unlikely to work, easy to evade and may do more harm than good. Like many other absurdities, banking bonuses may eventually fall victim to normal economic forces. Until they do, however, banking will remain the industry everybody loves to hate, and will be poorly placed to defend itself against counter-productive attempts to over-regulate it.

Other than “pruning” investment banking, Franco-German inspired regulation is likely to focus on solvency and on the whole modern generation of innovative financial products. Banks are already under pressure to increase their solvency ratios, and it would not be surprising if the present standards of about 8 per cent of a bank’s “risk-weighted” liabilities being their own capital, were gradually raised to 10 or even 12 per cent. Skeptics would remark that in case there is a “meltdown” in the market for one major asset class, such as mortgages, a few per cent more or less of their own capital will not make the difference between solvency and insolvency, while a more massive increase in solvency ratios would suck the rest of the economy dry of capital, for far too much would be needed to fill up bank balance sheets. The only way out for the banks is to de-leverage, shrink their balance sheets to make their existing capital amount to a higher percentage of it. This result, which some authorities seem to want, is achieved by restricting credit—the “credit crunch” the authorities untiringly condemn.

The other main target area of regulation is bound to be all the recent innovative financial products. They include the transformation of non-marketable into marketable assets by securitisation, as well as such derivatives as credit default swaps, put and call options, currency and commodity futures and interest rate “swaps”. Their common function is to help distribute risk by creating instruments for insuring against it and for underwriting the insurance. They also serve as more efficient vehicles for the speculation that everybody bitterly hates and wants to eradicate, failing to understand that its function is to smooth out price fluctuations by buying low and selling high. Thus pulling the price up in the trough and pushing it down at the peak. If it does the opposite, it bankrupts itself.

It is a sad commentary on our economic intelligence that we expect the regulators to order it to heel for being “de-stabilising” as well as for being an offshoot of “immoral capitalism”.

*Anthony de Jasay is an Anglo-Hungarian economist living in France. He is the author, a.o., of The State (Oxford, 1985), Social Contract, Free Ride (Oxford 1989) and Against Politics (London,1997). His latest book, Justice and Its Surroundings, was published by Liberty Fund in the summer of 2002.

When the steam-driven loom was replacing handicrafts in Britain and the handloom weavers were losing their livelihood, they were led by Ned Ludd into desperate acts of machine-wrecking. Their rebellion would today be called "industrial action" in English and "social movement" in French. Political correctness being unknown at the time, the Luddites were brutally repressed by the British Army in 1812. The choice was between appeasement and drastic suppression. Appeasement would have violated the l...
Read This Article
SHARE
POST:

When the steam-driven loom was replacing handicrafts in Britain and the handloom weavers were losing their livelihood, they were led by Ned Ludd into desperate acts of machine-wrecking. Their rebellion would today be called "industrial action" in English and "social movement" in French. Political correctness being unknown at the time, the Luddites were brutally repressed by the British Army in 1812. The choice was between appeasement and drastic suppression. Appeasement would have violated the l...
Read This Article