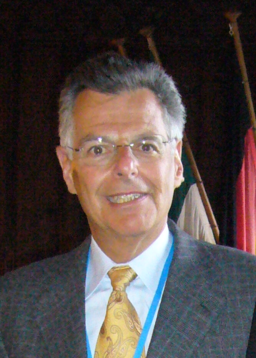 Myron Scholes, along with robert merton, was awarded the 1997 Nobel Prize in economics “for a new method to determine the value of derivatives.” The particular derivative they studied was stock options (see futures and options markets). A call option gives its owner the right to buy a stock at a particular price, called the strike price, during a set time period. A put option gives its owner the right to sell a stock at the strike price during a set time period. Scholes and his coauthor, the late Fischer Black, derived the formula for pricing a stock option in 1970. They submitted the article to the Journal of Political Economy, and it was rejected without even being reviewed. merton miller (who received the Nobel Prize in 1990) and Eugene Fama, two financial economists at the University of Chicago, where the journal is edited, persuaded the editors to take another look, and the journal published the article in 1973.

The issue of how to price stock options may sound unimportant, but it is hugely important. Stock options, like other financial derivatives, are attractive for one main reason: they allow people to reduce risk at a low cost. This has given huge benefits to major companies and even to small investors. Say you have invested in a stock index fund and you are comfortable with the risk of a 15 percent drop in the Standard and Poor’s (S&P) 500 index, but you want to cover yourself in case the S&P 500 falls by more than 15 percent. Then you can buy a put on the S&P 500 with a strike price 20 percent below the current price. You have just used the options market to buy insurance. Virtually all major firms now use options and other derivatives to hedge against changes in exchange rates, raw-materials prices, and interest rates. Financial derivatives, in fact, have played an underappreciated role in making recessions less severe.

Before Scholes’s and Black’s work, no one knew how to value options precisely. Traders understood the basics. The higher the strike price, for example, the lower the value of a call option. The longer the time period in which the option could be exercised, the higher the value of an option. The higher the interest rate, the lower the value of an option. But how to handle risk? Scholes and Black worked away on the risk issue until they had a “Eureka” moment: they realized that the risk was already embodied in the price of the stock. They showed that risk canceled out of the relevant equation, which means that they did not need to know risk in order to value the stock option.

Coincidentally, the Chicago Board Options Exchange (CBOE) was begun in April 1973, just one month after the Black-Scholes article was published. Now options traders had a tool for scientifically pricing options. The effect was electric—literally. By 1977, traders were roaming the CBOE floor with special financial calculators programmed with the Black-Scholes options-pricing model. In his Nobel lecture, Scholes told of his request to Texas Instruments for royalties. TI refused, citing the fact that the formula was in the public domain. Said Scholes, “When I asked, at least, for a calculator, they suggested that I buy one. I never did.”1

Even though economists often have insights about the markets they study, rarely do the day-to-day players in those markets draw directly on what economists know. They usually do not need to. When an economist finds, for example, that an increase in the minimum wage causes employers to fire low-skilled workers, employers do not need to know that—they are already doing it. But the research on options pricing actually did improve the day-to-day activities of options traders. As economist J. W. Henry Watson and economic journalist Ida Walters wrote, “This marked the first time economic models became an explicit, integral part of a major market.”2 By 1984, the CBOE was second only to the New York Stock Exchange in the dollar value of financial assets traded.

Many important theories and findings in economics rely on options-pricing theory. These include the theory of the capital structure of a firm, analyses of the value of federal deposit insurance, decision making under uncertainty, and the value of flexibility.

Scholes was born in Canada. He earned his B.A. in economics at McMaster University in Hamilton, Ontario, and his M.B.A. (1964) and Ph.D. (1969) degrees at the University of Chicago. He was a professor at MIT from 1968 to 1973, at the University of Chicago from 1973 to 1983, and at Stanford University from 1983 to 1996. Since 1996 he has been a professor emeritus at Stanford. Along with co-winner Robert Merton, Scholes helped form Long Term Capital Management in 1993. LTCM exploited small arbitrage opportunities on a big scale; in Scholes’s memorable phrasing, LTCM acted like a giant vacuum cleaner sucking up nickels that everyone else had overlooked. The strategy worked well for a few years but turned out not to be risk free. The Federal Reserve Board helped arrange a bailout in 1998, and LTCM was liquidated in 2000.

Virtually all observers agree that had Fischer Black not died in 1995, he would have been a co-recipient of the 1997 prize.