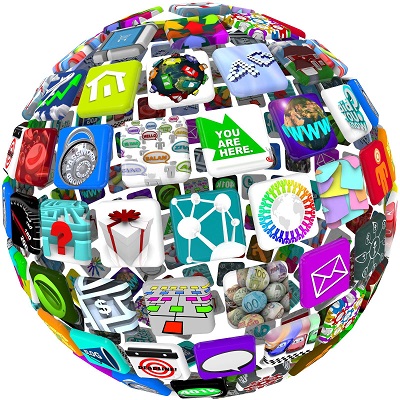 Many people seem to believe something like this: a tariff implies that foreign competitors will have to charge more on the protected market while domestic firms will leave their own prices unchanged, which will lead to the imported goods being priced out of the market. This is contradicted by the simple fact that, except in the case of so-called prohibitive tariffs, imports continue to come in, but at a lower level.

What happens is explained by elementary international trade theory. The tariff jacks up all prices equally, for the domestically produced units as much as for the imported ones. There can only be one price on a market: a dual price would lead to arbitrage and price equalization. The higher price charged by foreign producers (to compensate for the tariffs they have to pay to the Treasury) signals to domestic producers that they can increase their production and still make money despite their increasing marginal cost. (Marginal cost generally increases because a rational firm has already increased production as long as its marginal cost was decreasing or below the market price.)

Hence domestic producers will increase their production and replace a certain volume of the imported product. They will stop producing at the point where a further increase in production would bring their marginal cost above the price of the product. Total quantity demanded will decrease, but the domestic-producer share of the reduced domestic market will increase.

A nice illustration of this was given in a Wall Street Journal story of Monday (“Two Family Businesses: One Wins, One Loses in U.S. Tariff Fight,” July 2, 2018). After the recent imposition of a 25% tariff on imported steel, the chief executive of Byer Steel Corp., a Cincinnati steelmaker, explains that the tariff allowed his company to increase production and prices, basically as standard microeconomic theory predicts:

Demand came on so fast that we had to raise our prices or we would not have had one pound of steel for anybody. We raised prices to the point where the market said it is enough.

If he were an economist, he would have expressed this slightly differently. He increased prices because he was able to; he charged what the market could bear. And he increased production up to the point where increasing it more would have brought the firm’s marginal cost above the new price (including tariff) at which foreign competitors are willing to supply the market.

One might think that Wilbur Ross, the current U.S. Commerce Secretary, and Charles de Gaulle, the President of the French Republic from 1958 to 1969, do not share much. But they do share nationalist convictions and the belief that politics should rule over the economy. On July 2, Mr. Ross was asked by CNBC what perc...

The Non-Conservation of Identity

When I argue that people take their identities too seriously, critics often object that I'm covertly trying to replace marginalized identities with the identity of the dominant group.  The mere fact that your culture is richer or more populous does not transform your way of life into the Platonic Idea of Truly Human E...

Many people seem to believe something like this: a tariff implies that foreign competitors will have to charge more on the protected market while domestic firms will leave their own prices unchanged, which will lead to the imported goods being priced out of the market. This is contradicted by the simple fact that, exce...