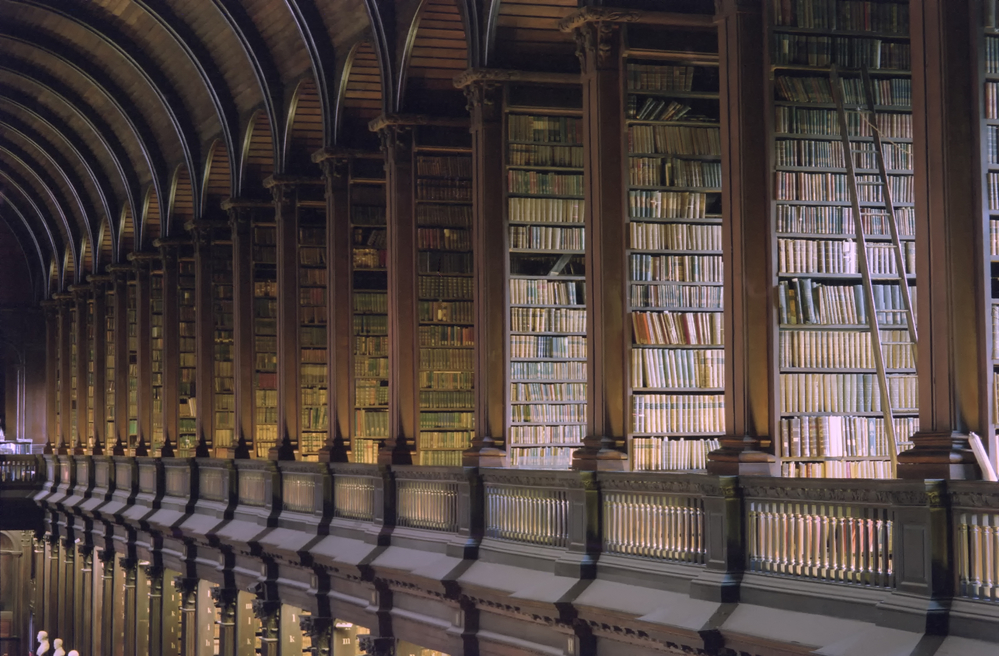 
Adam Smith
struggled with what came to be called the paradox of “value in use” versus “value in exchange.” Water is necessary to existence and of enormous value in use; diamonds are frivolous and clearly not essential. But the price of diamonds—their value in exchange—is far higher than that of water. What perplexed Smith is now rationally explained in the first chapters of every college freshman’s introductory economics text. Smith had failed to distinguish between “total” utility and “marginal” utility. The elaboration of this insight transformed economics in the late nineteenth century, and the fruits of the marginalist revolution continue to set the basic framework for contemporary microeconomics.

The marginalist explanation is as follows: The total utility or satisfaction of water exceeds that of diamonds. We would all rather do without diamonds than without water. But almost all of us would prefer to win a prize of a diamond rather than an additional bucket of water. To make this last choice, we ask ourselves not whether diamonds or water give more satisfaction in total, but whether one more diamond gives greater additional satisfaction than one more bucket of water. For this marginal utility question, our answer will depend on how much of each we already have. Though the first units of water we consume every month are of enormous value to us, the last units are not. The utility of additional (or marginal) units continues to decrease as we consume more and more.

Economists believe that sensible choice requires comparing marginal utilities and marginal costs. They also think that people apply the marginalism concept regularly, even if subconsciously, in their private decisions. In southern states, for example, a much lower fraction of people buy snow shovels than in northern states. The reason is that although snow shovels cost about the same from state to state, the marginal benefit of a snow shovel is much higher in northern states. But in discussions of public-policy issues, where most of the benefits and costs do not accrue to the individual making the policy decision (e.g., subsidies for health care), the appeal of total utility and intrinsic worth as the basis for decision can mask the insights of marginalism.

Even good answers to certain grand questions give little guidance for rational public policy choices. For example, what is more important, health or recreation? If forced to choose, everyone would find health more important than recreation. But marginalism suggests that our real concern should be with proportion, not rank. Finding health in total to be more important than recreation in total does not imply that all diving boards should be removed from swimming pools just because a few people die in diving accidents. We need to compare the number of lives saved from fewer diving accidents, that is, the marginal benefit of getting rid of diving boards, with the pleasure given up by getting rid of diving boards, that is, the marginal cost of getting rid of diving boards. Similarly, we clearly want cleaner air and economic growth. And we want recreational opportunities in natural settings and in developed ones. But how much more? The answer will depend on the marginal value of these things compared with their marginal cost.

One writer argues that early deaths of the young are our greatest life-saving problem, and therefore the health budget should emphasize preventing the largest killers of the young, such as accidents and suicides. But even if one accepts this writer’s values, his policy conclusions do not follow. We may not know how to prevent suicides at reasonable cost, but perhaps a medical breakthrough has made possible a low-cost cure for a disease that is the sixth-leading cause of death among the young. We would then save more lives among the young if we devoted more of our resources to their sixth-largest health problem rather than their first or second. Marginalism thus requires looking at the details—looking at the marginal costs and marginal benefits of particular opportunities.

The marginalist insight also illuminates some weaknesses in the health policy outlook of those who base their position on the idea of medical needs. Because health is an essential need, many think that those with medical complaints should have free and quick access to physicians. When they think of health demand, such people think of serious, medically treatable illness. But from the viewpoint of the consumer, at least, a significant portion of demand for medical care gives very small benefits. These benefits are poorly indicated by thinking about total utility (i.e., how important health is).

In studying a number of small groups, scholars have observed the effects of insurance policy changes on the amount of health care people demanded. A few actual experiments have also been conducted. One required a group of California Medicaid beneficiaries to pay one dollar for their first two office visits each month, while a similar group continued to receive completely free service. This modest charge reduced office visits by 8 percent, and it seems unlikely that those who stopped going to doctors could not afford the one-dollar charge.

Other studies have found that even small changes in time cost can have an effect. For example, when the health facility at one college was moved so that it took twenty minutes rather than five to ten to walk there, student visits fell by nearly 40 percent. Similarly, a 10 percent increase in the travel time to outpatient clinics among a low-income urban group caused an estimated 10 percent decrease in demand for visits to physicians. Whether the health services forgone in these cases were necessary remains an open question, but surely the potential patients did not act as if they had no option other than to obtain care.

Marginalism also leads one to question the old maxim that anything worth doing at all is worth doing well. Nobel laureate James Buchanan suggested that an economist can be distinguished from a noneconomist by his reaction to that statement. Another economist actually polled a group of his fellows to judge their agreement or disagreement with this and four other maxims. “Anything worth doing . . .” was by far the least popular, with 74 percent of respondents disagreeing. A careful weighing of marginal cost implies that we should use well the money we devote to a task, but we should rarely do as much as interested professionals think necessary.

These examples apply marginalism to government expenditures directed at specific policy areas such as health care. The tax side of the budgetary equation also calls for the concept. Marginalism reminds us that when contemplating the effect of tax rates on the incentive to work, we are usually less interested in the average tax rate paid on a family’s entire income than in the marginal tax rate—the proportion of added (marginal) income that the husband or wife will pay in taxes if either works a little more. Similarly, when considering the effect of a tax cut on savings, it reminds us that we should not look at the percentage of a family’s total income that is saved but rather at the percentage of any additional income received (in this case from the tax cut). Though the average national saving rate is less than 5 percent, the long-run marginal saving rate is more than double the 5 percent average rate even at the lowest income levels. In the highest income brackets the long-run marginal saving rate has been estimated to be more than 50 percent.

Steven E. Rhoads is a professor of politics at the University of Virginia.