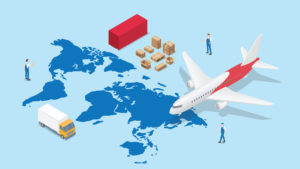 In 2008, U.S. economist Paul Krugman won the Nobel Prize in Economic Sciences. Krugman, one of the best-known economists in the world, is familiar to the public mainly through his regular column in the New York Times and for his New York Times blog titled “The Conscience of a Liberal.” Besides being an original theorist in international trade, economic geography, and macroeconomics, Krugman has been one of his generation’s best expositors of good economics. His excellent book Pop Internationalism and his popular articles of the 1990s, many of them in the web publication Slate, make a strong case for free trade.

Krugman’s defense of free trade is not what earned him the Nobel Prize. Rather, the prize was awarded for his work of the late 1970s, explaining patterns of international trade, and for his work in the early 1990s on economic geography.

In the late 1970s, Krugman noticed that the accepted model that economists used to explain patterns of international trade did not fit the data. The Hecksher-Ohlin model predicted that trade would be based on such factors as the ratio of capital to labor, with “capital-rich” countries exporting capital-intensive goods and importing labor-intensive goods from “labor-rich” countries. But Krugman noticed that most international trade takes place between countries with roughly the same ratio of capital to labor. The auto industry in capital-intensive Sweden, for example, exports cars to capital-intensive America, while Swedish consumers also import cars from America. Krugman was not the first to notice this fact or even the first to explain it. Krugman himself attributed the insight to earlier work by Bela Belassa, Herbert G. Grubel, and Irving B. Kravis. Krugman explained it with a simple, yet elegant and rigorous, model in which monopolistic competition was key. Under monopolistic competition, each firm’s product is differentiated from each other firm’s product. But monopolistically competitive firms compete with each other and competition drives economic profits to zero. In the monopolistically competitive equilibrium, each firm has unexploited economies of scale. For example, both Volvo and General Motors could reduce average costs by producing a larger output in particular niches of the market. But they don’t because they could so only by reducing their price, and that would cost them profits.

In presenting his trade model, Krugman planted the seeds for his later work in economic geography, in which he tried to explain the location of economic activity. He summarized his basic finding as follows:

Because of economies of scale, producers have an incentive to concentrate production of each good or service in a limited number of locations. Because of the cost of transacting across distance, the preferred locations for each individual producer are those where demand is large or supply of inputs is particularly convenient—which in general are the locations chosen by other producers. Thus [geographical] concentrations of industry, once established, tend to be self-sustaining; this applies both to the localization of individual industries and to such grand agglomerations as the Boston-Washington corridor.1

In macroeconomics, one of Krugman’s key contributions is his 1998 paper on Japan’s liquidity trap. In that paper, he argued that Japan’s interest rates were so low that its economy was in a liquidity trap in which money and bonds were “essentially perfect substitutes.” This meant that increasing the money supply to get the economy out of a recession would not work because it would be like “pushing on a string.” Krugman’s suggested solution was not an expansionary fiscal policy and not an increased money supply per se. Rather, he argued for a credible commitment by Japan’s central bank to raise the expected inflation rate. Doing that would encourage people to reduce their cash balances and spend more.

In his popular writing, Krugman is at his best when defending free trade. He becomes passionate, showing a deep concern for the well-being of people around the world. One such example is “In Praise of Cheap Labor,” published in Slate in 1997. In it, Krugman told of Smokey Mountain, a huge garbage dump in Manila in which men, women, and children made a living combing through garbage for valuable items. Low-wage jobs in multinational companies’ factories in the Philippines, Bangladesh, and other poor countries, he noted, are much better alternatives. Because multinational companies hired many of these poor workers, he wrote that “the result has been to move hundreds of millions of people from abject poverty to something still awful but nonetheless significantly better.”2

One of Krugman’s most powerful articles is “Ricardo’s Difficult Idea.” In that piece, Krugman shared his frustration, one that many economists have felt, that the vast majority of non-economist intellectuals do not understand the insight that david ricardo had about free trade almost 200 years ago. Ricardo’s insight was that people specialize in producing the goods and services in which they have a comparative advantage. The result is that we never need to worry about low-wage countries competing us out of jobs because the most they can do is change the items in which we have a comparative advantage. Krugman pointed out that, although we can explain Ricardo’s insight to our economics students, most non-economist intellectuals are unwilling to take even ten minutes to understand it. But that does not stop them from writing about trade as if they’re informed. Krugman singled out Robert Reich’s 1983 article, “Beyond Free Trade.” The article, wrote Krugman, “received wide attention, even though it was fairly unclear exactly how Reich proposed to go beyond free trade.”

In 1990, on the issue of income inequality, Krugman wrote:

One reason that action to limit growing income inequality in the United States is difficult is that the growth in inequality is not a simple picture. Old-line leftists, if there are any left, would like to make it a single story—the rich becoming richer by exploiting the poor. But that’s just not a reasonable picture of America in the 1980s. For one thing, most of our very poor don’t work, which makes it hard to exploit them. For another, the poor had so little to start with that the dollar value of the gains of the rich dwarfs that of the losses of the poor. (In constant dollars, the increase in per family income among the top tenth of the population in the 1980s was about a dozen times as large as the decline among the bottom tenth.)
3

In a 1996 Slate column, “The CPI and the Rat Race,” Krugman wrote, “[M]ost families in 1950 had a material standard of living no better than that of today’s poor and near-poor.” He confirmed this with direct measures of people’s living standards: indoor plumbing, telephones, cars, and TVs. He argued that what matters to most people is their income relative to that of others. Nevertheless, he noted how well even the poor were doing in the 1990s.

In 2000, Krugman also pointed to “eurosclerosis,” a term that German economist Herbert Giersch coined in the 1970s. Krugman defined it as “a labor market so clogged with government rules and regulations that European companies have had little incentive to create new jobs—especially the low-wage jobs that in the United States provide the young and minority groups with a first step into the world of work.”4

In his blog and his New York Times column, Krugman often denounces his opponents. One main target has been former President George W. Bush, but he also has attacked prominent economists such as robert e. lucas of the University of Chicago and Harvard University’s Kenneth Rogoff. One of his fans and supporters, former Boston Globe economics columnist David Warsh, wrote, “[Krugman’s] habitual thumb on the scale has become contempt for the balance itself.”5

Krugman is Distinguished Professor of Economics at the Graduate Center of the City University of New York. Previously, he was Professor of Economics and International Affairs at Princeton University and was on the faculties of MIT and Stanford University. In 1991, he received the John Bates Clark Award, given biennially (since 2010, it has been annual), to “that American economist under the age of forty who is judged to have made the most significant contribution to economic thought and knowledge.” He earned his B.A. from Yale University in 1974 and his Ph.D. from MIT in 1977.

Scott Sumner, The Unacknowledged Success of Neoliberalism, at Econlib, July 5, 2010.

Pedro Schwartz, Does Too Much Debt Really Matter? at Econlib, July 1, 2013.

Russ Roberts on the Financial Crisis, an EconTalk podcast, May 17, 2010.

Branko Milanovic on the Big Questions in Economics, an EconTalk podcast, December 7, 2020.

Larry White on the Clash of Economic Ideas, an EconTalk podcast, May 28, 2012.

Robert Solow on Growth and the State of Economics, an EconTalk podcast, October 27, 2014.