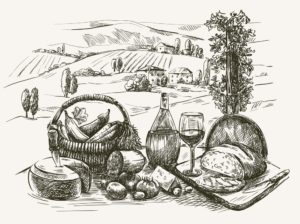 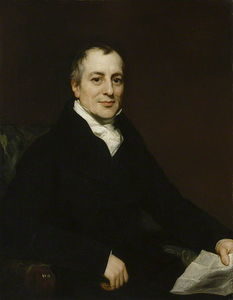 David Ricardo was one of those rare people who achieved both tremendous success and lasting fame. After his family disinherited him for marrying outside his Jewish faith, Ricardo made a fortune as a stockbroker and loan broker. When he died, his estate was worth more than $100 million in today’s dollars. At age twenty-seven, after reading Adam Smith’s The Wealth of Nations, Ricardo got excited about economics. He wrote his first economics article at age thirty-seven and then spent the following fourteen years—his last ones—as a professional economist.

Ricardo first gained notice among economists over the “bullion controversy.” In 1809 he wrote that England’s inflation was the result of the Bank of England’s propensity to issue excess banknotes. In short, Ricardo was an early believer in the quantity theory of money, or what is known today as monetarism.

In his Essay on the Influence of a Low Price of Corn on the Profits of Stock (1815), Ricardo articulated what came to be known as the law of diminishing marginal returns. One of the most famous laws of economics, it holds that as more and more resources are combined in production with a fixed resource—for example, as more labor and machinery are used on a fixed amount of land—the additions to output will diminish.

Ricardo also opposed the protectionist Corn Laws, which restricted imports of wheat. In arguing for free trade, Ricardo formulated the idea of comparative costs, today called comparative advantage—a very subtle idea that is the main basis for most economists’ belief in free trade today. The idea is this: a country that trades for products it can get at lower cost from another country is better off than if it had made the products at home.

Say, for example, Poorland can produce one bottle of wine with five hours of labor and one loaf of bread with ten hours. Richland’s workers, on the other hand, are more productive. They produce a bottle of wine with three hours of labor and a loaf of bread with one hour. One might think at first that because Richland requires fewer labor hours to produce either good, it has nothing to gain from trade.

Think again. Poorland’s cost of producing wine, although higher than Richland’s in terms of hours of labor, is lower in terms of bread. For every bottle produced, Poorland gives up half of a loaf, while Richland has to give up three loaves to make a bottle of wine. Therefore, Poorland has a comparative advantage in producing wine. Similarly, for every loaf of bread it produces, Poorland gives up two bottles of wine, but Richland gives up only a third of a bottle. Therefore, Richland has a comparative advantage in producing bread.

If they exchange wine and bread one for one, Poorland can specialize in producing wine and trading some of it to Richland, and Richland can specialize in producing bread. Both Richland and Poorland will be better off than if they had not traded. By shifting, say, ten hours of labor out of producing bread, Poorland gives up the one loaf that this labor could have produced. But the reallocated labor produces two bottles of wine, which will trade for two loaves of bread. Result: trade nets Poorland one additional loaf of bread. Nor does Poorland’s gain come at Richland’s expense. Richland gains also, or else it would not trade. By shifting three hours out of producing wine, Richland cuts wine production by one bottle but increases bread production by three loaves. It trades two of these loaves for Poorland’s two bottles of wine. Richland has one more bottle of wine than it had before, and an extra loaf of bread.

These gains come, Ricardo observed, because each country specializes in producing the good for which its comparative cost is lower.

Writing a century before Paul Samuelson and other modern economists popularized the use of equations, Ricardo is still esteemed for his uncanny ability to arrive at complex conclusions without any of the mathematical tools now deemed essential. As economist David Friedman put it in his 1990 textbook, Price Theory, “The modern economist reading Ricardo’s Principles feels rather as a member of one of the Mount Everest expeditions would feel if, arriving at the top of the mountain, he encountered a hiker clad in T-shirt and tennis shoes.”1

One of Ricardo’s chief contributions, arrived at without mathematical tools, is his theory of rents. Borrowing from Thomas Malthus, with whom Ricardo was closely associated but often diametrically opposed, Ricardo explained that as more land was cultivated, farmers would have to start using less productive land. But because a bushel of corn from less productive land sells for the same price as a bushel from highly productive land, tenant farmers would be willing to pay more to rent the highly productive land. Result: the landowners, not the tenant farmers, are the ones who gain from productive land. This finding has withstood the test of time. Economists use Ricardian reasoning today to explain why agricultural price supports do not help farmers per se but do make owners of farmland wealthier. Economists use similar reasoning to explain why the beneficiaries of laws that restrict the number of taxicabs are not cab drivers per se but rather those who owned the limited number of taxi medallions (licenses) when the restriction was first imposed.

1817. On the Principles of Political Economy and Taxation. In The Works and Correspondence of David Ricardo. 11 vols. Edited by Piero Sraffa, with the collaboration of M. H. Dobb. Cambridge: Cambridge University Press, 1951–1973. Available online at http://www.econlib.org/library/Ricardo/ricP.html

Timeline: The Life and Works of David Ricardo, at the Online Library of Liberty.

William Bernstein on the History of Trade, an EconTalk podcast, April 28, 2008.

Morgan Rose, A Brief History of the Concept of Comparative Advantage, at Econlib, August 6, 2001.