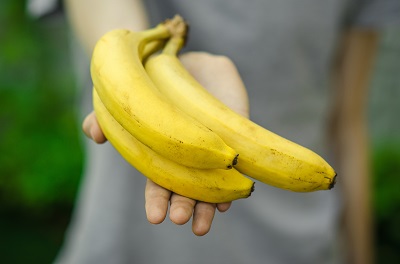 When asked by mathematician Stanislaw Ulam whether he could name an idea in economics that was both universally true and not obvious, economist Paul Samuelson’s example was the principle of comparative advantage. That principle was derived by David Ricardo in his 1817 book, Principles of Political Economy and Taxation. Ricardo’s result, which still holds up today, is that what matters is not absolute production ability but ability in producing one good relative to another.

Ann and Bob are the only two people on an island. They use only two goods: bananas and fish. (The assumption of two persons and two goods is made only to make the example as clear as possible; it is not essential to the outcome. The same holds for all subsequent assumptions that I make using this example.)

Suppose Ann and Bob divide their work time evenly between fishing and banana gathering. Table 2 shows the amounts that Ann and Bob each produce and consume every month.

Now Ann meets Bob and, after observing Bob’s work habits, offers Bob the following deal: “I’ll give you thirty-seven of my fish,” says Ann, “in exchange for twenty-five of your bananas.” Bob accepts.

This increase in total output is not the result of any of the factors Adam Smith identified. It is the result exclusively of Ann specializing more in fishing and Bob specializing more in gathering bananas. This happy outcome occurs because in this society (here, just two people), each person concentrates more fully on producing those goods that each produces comparatively efficiently—that is, efficiently compared with others.

For each fish she catches, Ann sacrifices one-half of a banana; that is, for each fish she catches, she produces one-half fewer bananas than otherwise. For each banana she gathers, she sacrifices two fish. Standing alone, these numbers are meaningless. But when compared with the analogous numbers for Bob, the results tell where each person’s comparative advantage exists.

Viewed from each individual’s perspective, Ann knows that each fish she catches costs her half a banana; so she is willing to sell each of her fish at any price higher than one-half of a banana. (In our example, she sold thirty-seven fish to Bob at a price of roughly two-thirds of a banana per fish.) Bob knows that each banana costs him one fish to produce, so he will sell bananas at any price higher than one fish per banana. (In our example, he sold twenty-five bananas at a price of about one and one-half fish per banana.)

There is nothing special about this particular price. Any price of fish between half a banana and one full banana will generate gains from trade for both Ann and Bob. What is important is the existence of at least one price that is mutually advantageous for both persons. And such a price (or range of prices) will exist if comparative advantage exists—which is to say, if each person has a different cost of producing each good.

When the lower-cost fisherman (Ann) produces more fish than she herself plans to consume—that is, catches fish that she intends to trade—Bob taps in to her greater efficiency at fishing. He cannot produce fish himself at a cost lower than one banana per fish, but by trading with Ann he acquires fish at a cost of two-thirds of a banana. Likewise, by trading with Bob, Ann taps in to Bob’s greater efficiency at gathering bananas.

The above example, though simple, reveals comparative advantage’s essential feature. Making the example more realistic by adding millions of people and millions of goods and services only increases the applicability and power of the principle, because larger numbers of people and products mean greater scope for mutually advantageous specialization and exchange.

Also, while the principle of comparative advantage is typically introduced to explain international trade, this principle is the root reason for all specialization and trade. Nothing about the presence or absence of a geopolitical border separating two trading parties is essential. But study of this principle does make clear that foreigners are willing to export only because they want to import. It is the desire for profitable exchange of goods and services that motivates all specialization and exchange.

Donald J. Boudreaux is chairman of the economics department at George Mason University in Fairfax, Virginia. He was previously president of the Foundation for Economic Education. He blogs with Russell Roberts at http://www.cafehayek.com.

Division of Labor, from the Concise Encyclopedia of Economics.

Free Trade, from the Concise Encyclopedia of Economics.

Kling on Patterns of Sustainable Specialization and Trade. EconTalk, February 2011.

The Locavore's Dilemma: Why Pineapples Shouldn't Be Grown in North Dakota

"Local food is generally more expensive than non-local food of the same quality. If that were not so, there would be no need to exhort people to 'buy local.'" Oklahoma's government, like those of 45 other states, funds a farm-to-school program encouraging cafeterias to buy their food from local sources. U.S. Representative Chellie Pingree (D-Maine) wants to help; she recently introduced the Eat Local Foods Act (HR 5806) to assist schools in providing local foods in school lunches. From Michel...
Read This Article