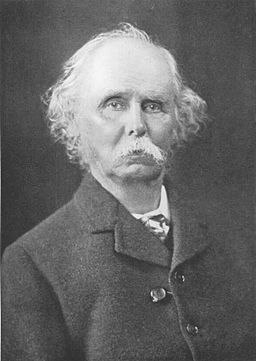 Alfred Marshall was the dominant figure in British economics (itself dominant in world economics) from about 1890 until his death in 1924. His specialty was microeconomics—the study of individual markets and industries, as opposed to the study of the whole economy. In his most important book, Principles of Economics, Marshall emphasized that the price and output of a good are determined by both supply and demand: the two curves are like scissor blades that intersect at equilibrium. Modern economists trying to understand why the price of a good changes still start by looking for factors that may have shifted demand or supply, an approach they owe to Marshall.

To Marshall also goes credit for the concept of price elasticity of demand, which quantifies buyers’ sensitivity to price (see demand).

The concept of consumer surplus is another of Marshall’s contributions. He noted that the price is typically the same for each unit of a commodity that a consumer buys, but the value to the consumer of each additional unit declines. A consumer will buy units up to the point where the marginal value equals the price. Therefore, on all units previous to the last one, the consumer reaps a benefit by paying less than the value of the good to himself. The size of the benefit equals the difference between the consumer’s value of all these units and the amount paid for the units. This difference is called the consumer surplus, for the surplus value or utility enjoyed by consumers. Marshall also introduced the concept of producer surplus, the amount the producer is actually paid minus the amount that he would willingly accept. Marshall used these concepts to measure the changes in well-being from government policies such as taxation. Although economists have refined the measures since Marshall’s time, his basic approach to what is now called welfare economics still stands.

Wanting to understand how markets adjust to changes in supply or demand over time, Marshall introduced the idea of three periods. First is the market period, the amount of time for which the stock of a commodity is fixed. Second, the short period is the time in which the supply can be increased by adding labor and other inputs but not by adding capital (Marshall’s term was “appliances”). Third, the long period is the amount of time taken for capital (“appliances”) to be increased.

To make economics dynamic rather than static, Marshall used the tools of classical mechanics, including the concept of optimization. With these tools he, like neoclassical economists who have followed in his footsteps, took as givens technology, market institutions, and people’s preferences. But Marshall was not satisfied with his approach. He once wrote that “the Mecca of the economist lies in economic biology rather than in economic dynamics.” In other words, Marshall was arguing that the economy is an evolutionary process in which technology, market institutions, and people’s preferences evolve along with people’s behavior.

Marshall rarely attempted a statement or took a position without expressing countless qualifications, exceptions, and footnotes. He showed himself to be an astute mathematician—he studied math at St. John’s College, Cambridge—but limited his quantitative expressions so that he might appeal to the layman.

Marshall was born into a middle-class family in London and raised to enter the clergy. He defied his parents’ wishes and instead became an academic in mathematics and economics.