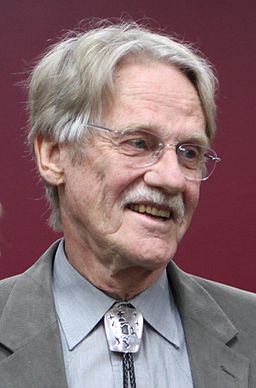 In 2002, Vernon Smith and daniel kahneman were awarded the Nobel Prize in economics. Smith received his prize “for having established laboratory experiments as a tool in empirical analysis, especially in the study of alternative market mechanisms.”

The dominant view among economists as recently as the 1970s was that economists, unlike chemists or biologists, would never be able to perform controlled experiments. Smith’s work on experimental economics, which began in the mid-1950s, challenged that view. Today experimental economics is widespread and has been used to study electricity pricing, to allocate airplane landing slots, and to design auctions of operating licenses for pieces of the electromagnetic spectrum (see experimental economics).

In his first semester of teaching economics at Purdue, in the fall of 1955, Smith found it a challenge to present basic microeconomic theory to undergraduates. So the next semester, to make the theory more accessible, he ran a market experiment on the first day of class using rules that are laid out in the Experimental Economics entry. Smith, himself a skeptic about how quickly such an artificial market would reach equilibrium, was stunned by the results. More than anything he had learned in graduate school, these results convinced him that free markets work. From 1956 to 1960, he experimented further with various changes in the rules, and in 1962 he published his article on experimental economics.

In a market experiment, the experimenter must somehow control for the subjects’ preferences. Of course, the subjects want to make more money—this preference is well-nigh universal. But how much utility does each person get from an increase in his or her wealth? This will vary from person to person. In 1976, Smith solved this problem with the “induced-value method,” which has become a standard tool of economics.

Smith also used experimental economics to test for differences and similarities between various auction systems. The most familiar auction system is the English system, in which buyers bid sequentially and in increasing order until no higher bid is submitted. Another auction system beloved by economists (see william vickrey) is the second-price sealed-bid system, in which the buyer pays only the second-highest bid. Smith found that English and sealed-bid second-price auctions produced similar experimental outcomes. Interestingly, though, Dutch auctions (in which a high initial bid by the seller is gradually lowered in fixed steps at fixed times until a buyer yells “buy”) yielded lower prices than sealed-bid second-price auctions, which is contrary to the basic economic theory of auctions.

Experimental economics seems to have led Smith to delve into a more complex reality of human motivation than is outlined in standard economics texts and classes. Always the empiricist, he does not assume that markets work, but is open to seeing them work or fail. In his Nobel lecture, Smith laid out a number of examples of private enforcement of rules that seem to have worked well—in cattle ranching, mining, lobster trapping in Maine, and Eskimo polar bear hunting. Smith pointed out that these examples contradict the myth that a central function of government is to “solve” the free-rider problem in the private provision of public goods. In fact, he noted, the cattle-ranching example showed the reverse: private entities solved the public-good problem, and when governments came along and provided protection paid for by the taxpayers, cattle ranchers were quite happy to have the general taxpayer bear the cost of protecting their cattle. Smith also noted work by Robert Ellickson, who found that cattle ranchers in Shasta County have developed informal rules for handling the problem of stray cattle.1 ronald coase had argued that with well-defined property rights and low transactions costs, people would handle such problems in an efficient way. Although the Shasta County ranchers’ methods were not ones most economists would have thought of, in Smith’s words, Ellickson “out-Coased Coase.”2 That is, Ellickson showed that private negotiations and sanctions worked to handle knotty problems without government intervention.

Vernon Smith on Markets and Experimental Economics, an EconTalk podcast, May 21, 2007.

Vernon Smith on Rationality in Economics, an EconTalk podcast, March 3, 2008.

Vernon Smith on Adam Smith and the Human Enterprise, an EconTalk podcast, November 17, 2014.