An Economist Looks at Europe 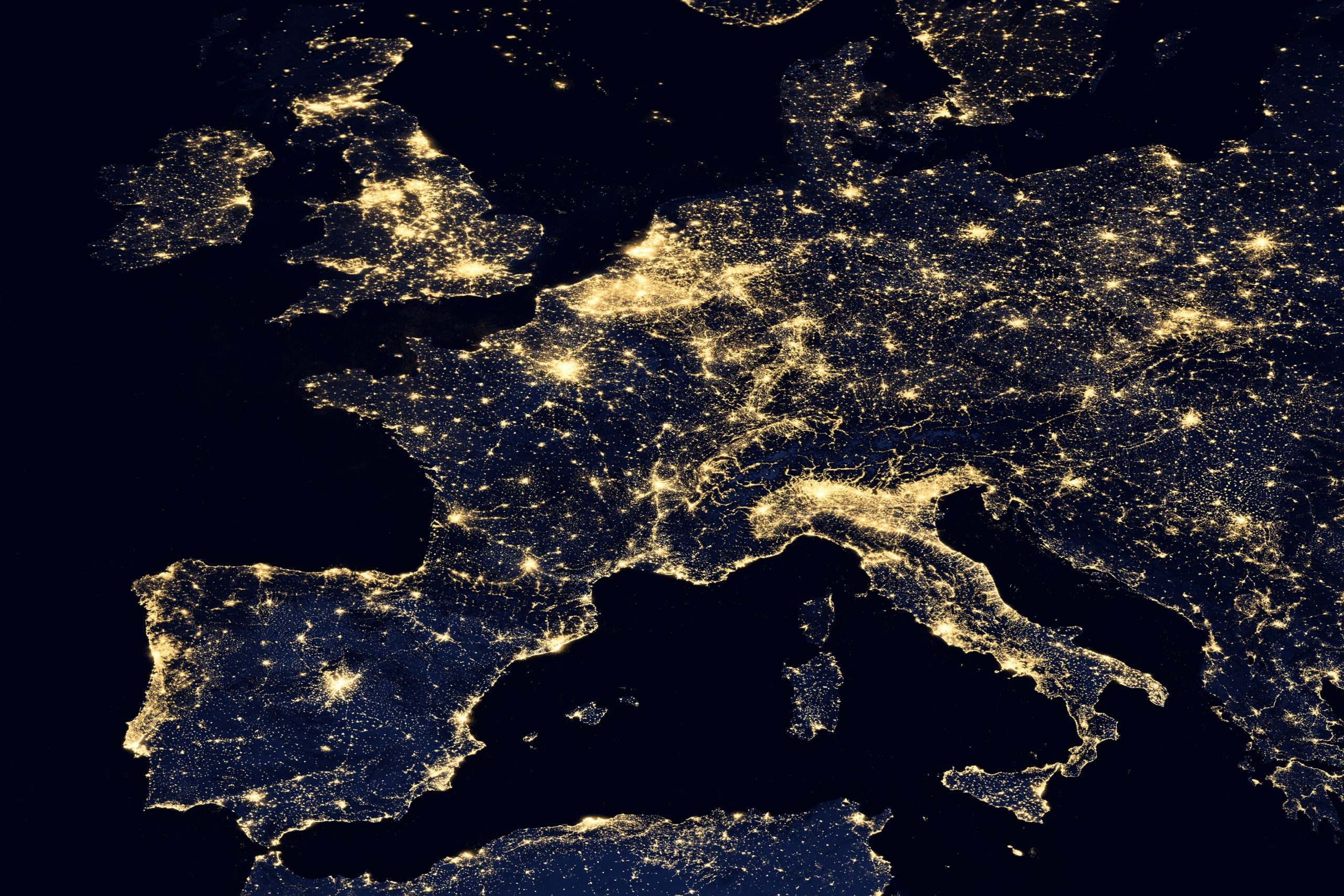 Categories: An Economist Looks at Europe

The rule of law has been spreading eastwards. At the Russian frontier, it has stopped. Autocracy and economic imperialism are back in Russia. Anxiety is rising in Europe about dependence on Russian gas.

In 2005, Russia’s GDP increased by an impressive 6.1 per cent. It sounds churlish, but it happens to be perfectly reasonable to say that this performance was on the poor side. Oil, natural gas and primary metals prices were all at or near unprecedented highs, and Russia’s economy is now much like that of some underdeveloped one-crop country that is swinging wildly up or down with the prices of a couple of commodities. With oil brushing the $70 level, Russia should have been getting rich at a double-digit rate, and has not done so. The three Baltic states that regained independence from Soviet backwardness in 1991 have all hit double-digit rates, with Latvia in the lead at 13.1 per cent p.a. in the first quarter of 2006, and none of these states produces any oil or gas, nor mines any metal ore worth speaking of. The rest of what Donald Rumsfeld, treating history in a somewhat cavalier fashion, named the “New Europe” is not doing quite as well as the Baltic countries, but its performance is respectable—and owes nothing to any commodity boom.

Despite appearances, Russia is proving to be a huge disappointment to those who believed that having shaken off socialism, it will re-start the diversified, capitalist and bourgeois development that was twice aborted in the 1860s and in 1905. The Yeltsin years, especially after the loans-for-shares privatisation wave of 1995, notwithstanding the mind-boggling corruption and thieving that accompanied them, were marked by a retreat of the state, decentralisation of power, and the rise of a “robber baron” class that bore some resemblance to its American counterpart between 1890 and 1914. Despite its ugly features, this could have been the foundation of a viable, self-sustaining capitalist evolution.

The Putin era started off in 2000 as if it were a more orderly and less undignified continuation of this trend, but soon veered off in a new direction. Autocracy was restored, all political power was again concentrated in the Kremlin, the autonomy of regions was abolished and the big-money oligarchs cowed, driven to exile in London or put in prison in Siberia. Their places were mostly taken by Putin loyalists, recruited from the last generation of security service or army officers, grim men in their 40s and 50s who regard running a business as a kind of patriotic service to promote the greatness of Russia. In the last three years of the Putin regime, privatisation was put in reverse gear and the state’s share in the economy has started to rise again, moving from 30 to 35 per cent, though of course still much below the Soviet era level.

Herman Gref, the liberal-minded economy minister who now seems to be bereft of any influence, once said that the scarcest factor of production in Russia was the rule of law. It looks like it’s getting scarcer. To the extent that they bestir themselves at all, the Russian courts are following in the footsteps of Justices Brandeis, Frankfurter and the Warren Court in subordinating the force and freedom of contract to the “public interest” except that the Russian judges call it the “interest of the state”, which is defined by Mr. Putin and his few dozen ex-secret police colleagues and friends. The result is arbitrary resource allocation and declining productivity. For what such forecasts are worth, the government has abandoned its 7 per cent medium term growth target and is now expecting a declining growth rate.

Meanwhile, the “New” Europe is briskly catching up with the “Old”, thanks to a growth rate that is roughly twice as high in Poland, Hungary and the Czech Republic and three times as high in the Baltic states as in Western Europe. Moreover, Western Europe is also doing better than in recent years thanks above all to the painful purge to which German business has subjected itself in the last couple of years and that is now bearing fruit.

Yet both the “Old” and the “New” Europe are getting more and more anxious about what is politely called “energy security” and what in ordinary speech translates into “will the Russians blackmail us?”

Currently, about 40 per cent of Europe’s natural gas imports come from Russia. The two other main suppliers are Algeria and Norway. On present trends, their share will decline and Russia’s will expand in the next five years, increasing Europe’s dependence on a single seller who is not primarily motivated by market considerations, but by an obsessive craving for political status and influence. To date, Russian gas has been pumped westwards through pipelines crossing the Ukraine or Poland. Their dependence on Russian gas is nearly total, but if they are blackmailed, they can retaliate by interfering with the flow of gas across their territory to the Western European markets. The equilibrium between Russia and the transit countries is precarious, but it is an equilibrium all the same.

This balance of unspoken mutual threat will be upset by the building of the big undersea pipeline from Russia to Germany that will bypass transit countries. Once at full capacity, it will increase potential Russian gas deliveries by a half. Projected to cost $10 billion, it will be between three and five times more expensive to lay than a land line through the Baltic countries and Poland. It is obvious, though, that Russia’s main concern is not cost, but mastery over the flow of supplies. Evidence of this ambition was provided by the law voted in June 2006 by the Russian Duma, that transforms Gazprom’s de facto sole right to export gas into a de jure monopoly,—a sharp reply to the pious wish expressed by the European Union that Russian gas exports should be liberalised. Government-to-government agreements will now give Gazprom access to the German and Italian retail gas market in exchange for letting BASF and ENI take minority interests in certain Russian natural gas fields. Gazprom is also seeking to gain a share of the British retail gas market. Hinting that it would provide a counterweight to the domination of the European gas market (and the blackmailing potential it implies) by Gazprom, an instrument of the new Russian imperialism, it has been pointed out that in some Baltic areas the subsoil has a vast potential for gas storage and that for an outlay of 3 billion euros, 70 billion cubic metres of storage capacity could be constructed. The stored gas would cover more than one year’s European consumption and offer insurance against blackmail.

Going ahead with such a project would be received very badly in the Kremlin. The mid-July G8 heads-of-government meeting in St Petersburg will resound with Russian protestations of reliability as a supplier and its readiness to enter into “energy cooperation” with Europe. The EU’s energy commissioner Andris Piebalgis is confident that the meeting will ratify an “energy charter” securing the interests of both parties. He could hardly permit himself to say the contrary. Most seasoned observers would feel much safer if instead of Russian guarantees of good faith, they could rely on competitive market forces to ensure “energy security”.

*Anthony de Jasay is an Anglo-Hungarian economist living in France. He is the author, a.o., of The State (Oxford, 1985), Social Contract, Free Ride (Oxford 1989) and Against Politics (London,1997). His latest book, Justice and Its Surroundings, was published by Liberty Fund in the summer of 2002.

Socialism—defined as a centrally planned economy in which the government controls all means of production—was the tragic failure of the twentieth century. Born of a commitment to remedy the economic and moral defects of capitalism, it has far surpassed capitalism in both economic malfunction and moral cruelty. Yet the idea and the ideal of socialism linger on. Whether socialism in some form will eventually return as a major organizing force in human affairs is unknown, but no one can accurat...
Read This Article
SHARE
POST:

Socialism—defined as a centrally planned economy in which the government controls all means of production—was the tragic failure of the twentieth century. Born of a commitment to remedy the economic and moral defects of capitalism, it has far surpassed capitalism in both economic malfunction and moral cruelty. Yet the idea and the ideal of socialism linger on. Whether socialism in some form will eventually return as a major organizing force in human affairs is unknown, but no one can accurat...
Read This Article

COLLECTION: AN ECONOMIST LOOKS AT EUROPE