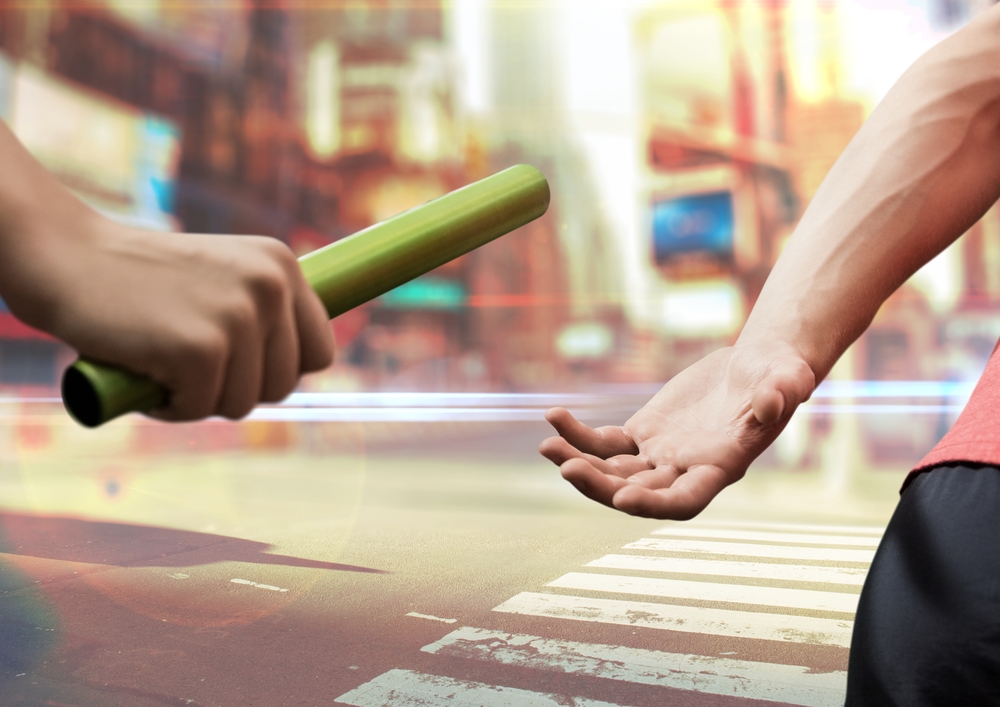 Economic competition takes place in markets—meeting grounds of intending suppliers and buyers.1 Typically, a few sellers compete to attract favorable offers from prospective buyers. Similarly, intending buyers compete to obtain good offers from suppliers. When a contract is concluded, the buyer and seller exchange property rights in a good, service, or asset. Everyone interacts voluntarily, motivated by self-interest.

In the process of such interactions, much information is signaled through prices (see austrian school of economics). Keen sellers cut prices to attract buyers, and buyers reveal their preferences by raising their offers to outcompete other buyers. When a deal is done, no one may be entirely happy with the agreed price, but both contract partners feel better off. If prices exceed costs, sellers make a profit, an inducement to supply more. When other competitors learn what actions lead to profits, they may emulate the original supplier. Conversely, losses tell suppliers what to abandon or modify.

Such profit-loss signals coordinate millions of sellers and buyers in the complex, evolving modern economy. The “dollar democracy” of the market ensures that buyers get more of what they want and expend fewer resources on what they do not want. Competitive prices thus work like radio signals; they are easy to perceive, and we do not need to know where they came from. There is no need to analyze all possible causes of the latest energy crisis to learn that we should scrap gas guzzlers and save electricity; and oil companies need to know only that petroleum is getting more expensive to start drilling new wells or to experiment with extracting fuel from oil shale or tar sands. Price competition informs millions of independent people in millions of markets, coordinating them effectively—as if by “an invisible hand,” as Adam Smith, the father of economics, once put it.

Suppliers also engage in nonprice competition. They try to improve their products to gain a competitive advantage over their rivals. To this end, they incur the costs and risks of product innovation. This type of competition has inspired innumerable evolutionary steps—between the Wright brothers’ first fence hopper and the latest Boeing 747, for example. Such competition has driven unprecedented material progress since the industrial revolution.

Differentiated products may give pioneering suppliers a “market niche.” Such a niche is never entirely secure, however, since other competitors will strive to improve their own products, keeping all suppliers in a state of “creative unease.”

Another tool of competition is process innovation to lower costs, which allows producers to undercut competitors on price. This kind of competitive action has given us ubiquitous two-dollar pocket calculators only a generation after the first calculators sold for three hundred times that price!

A third instrument to outcompete one’s rivals is advertising to bring one’s wares to buyers’ attention. Suppliers also compete by offering warranties and after-sales services. This is common with complicated, durable products such as cars. It reduces the buyer’s transaction costs and strengthens the supplier’s competitive position.

Competition thus obliges people to remain alert and incur costs. Before one can compete effectively in a market, one needs the relevant knowledge. Buyers need to ask themselves what their requirements are, what products are available, what they can afford, and how various products compare, taking prices into account. This imposes search costs—think of the time and effort involved in buying a house, for example. Suppliers have to find out where the demand is, what technical attributes people want in their product, where to obtain the many inputs and components, how to train workers, how to distribute their wares, how to improve products and processes, how competitors will react, and much more. Such efforts—in research, development, and marketing—may be very costly and may still come to naught. For every market bonanza, there are many disappointments. And other costs arise as sellers and buyers negotiate contract details and monitor and enforce delivery.

In a dynamic, specialized economy, the costs of searching for knowledge and carrying out exchanges (called “transaction costs”) tend to be high. Therefore, it is not surprising that market participants are keen to reduce transaction costs and associated risks. One method is to agree on set rules (called “institutions”) that help them to economize on knowledge acquisition costs. Markets fulfill people’s aspirations more effectively when there are enforced and expedient rules. Another transaction cost–saving device is to agree on open-ended, long-term relationships, such as employment contracts. Yet another is advertising, a means for sellers to inform buyers and save them some search costs. Deal making is also facilitated by intermediaries—market experts such as brokers, realtors and auctioneers.

Despite these methods of reducing transaction costs, competition is uncomfortable and costly to competitors. Some entrepreneurs enjoy the market rivalry per se. But most people are ambivalent about competition in a particular way; they would like to avoid competing on their own side of the market, but welcome competition among those they buy from or sell to. In a free society, people are, of course, entitled to rest on their laurels by not competing, but they will lose market share, and their assets will probably lose value.

To escape the competitive discipline, suppliers may try to conclude a “competitive truce,” forming cartels, particularly in markets with few suppliers or suppliers who need large lumps of capital to start operating. For example, the world’s airlines once formed the International Air Transport Association (IATA) cartel, which fixed airfares, schedules, and even such petty details as meal services. Cartels normally fail when a cartel member cheats on the agreed price (see cartels and opec) or when a firm not in the cartel competes by price or product innovation and established suppliers lose market share. For consumers and for the market as a whole, this cheating on cartel agreements is a boon.

The only way for cartels or monopolies to avoid competition over the long term is to obtain government protection. All too often, politicians and bureaucrats readily oblige by imposing coercive regulations. They tend to hide behind all sorts of excuses—safeguarding jobs, ensuring public health and safety, or protecting nationals from foreign competitors. Yet, in reality, inhibiting competition is most often rewarding for regulators, who obtain moral or financial support for the next election campaign or secure lucrative consultancies. Economists call this “rent seeking” and point out that it is invariably at the expense of the many buyers, who are often unaware of the costs inflicted by political interference. Interventions may offer comfort to a few suppliers, but they harm the wealth of nations, which benefits the many. Most economists, therefore, consider untrammeled competition a public good that governments should protect and cultivate. This conclusion has, for example, inspired political attempts to control mergers, monopolies, union power, and cartels through internal competition policy; and the creation of the World Trade Organization, which was formed to protect international competition from opportunistic governments.

Competition works well only if private property rights are protected and people are free to make contracts under the rule of law. Who would incur high knowledge-exploration costs knowing that the hoped-for gains might be expropriated, or that subsequent contracts to market a discovery are prohibited by regulation? That is why secure property rights, the freedom of contract, and the rule of law—in short, economic freedom—make for rapid economic growth, low unemployment, and diminishing poverty. International surveys invariably show that none of the poorest economies in the world is free, and that none of the world’s freest and most competitive economies is poor.

Discovery. Human well-being can always be improved by new knowledge. Competitive rivalry among suppliers and buyers is a powerful incentive to search for knowledge. Self-interest motivates ceaseless, widespread, and often costly efforts to make the best use of one’s property and skills. Central planning by government and government provision are sometimes advocated as a better means of discovering new products and processes. However, experience has shown that central committees are not sufficiently motivated and simply cannot marshal all the complex, often petty, and widely dispersed knowledge needed for broad-based progress.

Selection and peaceful coordination. Competitive “dollar voting” selects what people really want and exposes errors through the “reprimand of red ink,” in the process dispersing useful knowledge. Since innovators cannot keep their discoveries secret, others see what is profitable and may emulate success. Despite occasional unsettling surprises and changing opportunities, competition fosters orderly evolution, distributing unavoidable adjustment burdens and coordinating divergent expectations. Competing and trading educates people in practicing a “commercial ethic”: pragmatism in problem solving and keeping peace to get on with the job. A competitive market order thus inspires confidence, social optimism, and a can-do spirit.

Control of power. Supplier competition empowers consumers; competing employers empower workers. While some may try rent seeking, it is important that wealthy people remain exposed to competitive rivalry. Only then will they reinvest their wealth and talents in further knowledge searches, to the benefit of humankind. They will not always remain successful. Virtually none of the big American fortunes that existed in 1950 is still intact today. Competition tames concentrations of economic power and redistributes wealth. One may indeed go further and say that capitalism is legitimized by competition—the readiness of citizens of property to shoulder the costs of socially beneficial knowledge search. Socialists, with their slogan “Property is theft,” will gain followers only where competition is absent or politically distorted.

Competition, as discussed here, hardly figures in standard, neoclassical economics since so-called perfect competition unrealistically assumes perfect knowledge. Yet, in reality, most economic activity is about finding and exploiting knowledge and motivating reluctant people with wealth and talents to do the same.

Senator Henry Clay was right when he told the U.S. Senate in 1832, “Of all human powers operating on the affairs of mankind, none is greater than that of competition.” Indeed, competing is part and parcel of the pursuit of happiness.

Wolfgang Kasper is an emeritus professor of economics at the University of New South Wales, Australia.

1. We are not concerned here with other forms of competition, such as in sport, among political parties and interest groups, or among states in federations.

Timothy Taylor, The Blurry Line Between Competition and Cooperation. February, 2015.

Ross Emmett. A Century of Risk, Uncertainty, and Profit. December 2018.

Russell Roberts, Where Do Prices Come From? June, 2007.

Buccholz on Competition, Stress, and the Rat Race. EconTalk, June 2011.

Competition as an Elimination Process

EconTalk host Russ Roberts takes the role of an animal at the zoo, chatting with sociologist Will Davies about his observations of economists and how they think. Have economists had too much (or not enough) influence on politics and public policy? 1. What does Davies mean by the "disenchantment of politics by economics?" While Davies is concerned by this disenchantment, Roberts is worried we haven't been disenchanted enough. With whom do you agree more, and why?2. How does Davies define "neol...
Read This Article
SHARE
POST:

Competition as an Elimination Process

EconTalk host Russ Roberts takes the role of an animal at the zoo, chatting with sociologist Will Davies about his observations of economists and how they think. Have economists had too much (or not enough) influence on politics and public policy? 1. What does Davies mean by the "disenchantment of politics by economics?" While Davies is concerned by this disenchantment, Roberts is worried we haven't been disenchanted enough. With whom do you agree more, and why?2. How does Davies define "neol...
Read This Article