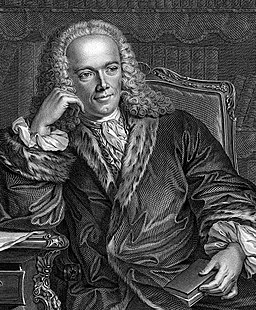 François Quesnay was the leading figure of the Physiocrats, generally considered to be the first school of economic thinking. The name “Physiocrat” derives from the Greek words phýsis, meaning “nature,” and kràtos, meaning “power.” The Physiocrats believed that an economy’s power derived from its agricultural sector. They wanted the government of Louis XV, who ruled France from 1715 to 1774, to deregulate and reduce taxes on French agriculture so that poor France could emulate wealthier Britain, which had a relatively laissez-faire policy. Indeed, it was Quesnay who coined the term “laissez-faire, laissez-passer.”

Quesnay himself did not publish until the age of sixty. His first work appeared only as encyclopedia articles in 1756 and 1757.

In his Tableau économique, he detailed his famous zigzag diagram, a circular flow diagram of the economy that showed who produced what and who spent what, in an attempt to understand and explain the causes of growth. Tableau defined three classes: landowners, farmers, and others—called “sterile” classes—who consumed everything they produced and left no surplus for the next period. Quesnay believed that only the agricultural sector could produce a surplus that could then be used to produce more the next year—and therefore help growth. Industry and manufacturing, thought Quesnay, were sterile. Interestingly, though, he did not reach this conclusion by consulting his table. Instead, Quesnay constructed the table to fit his belief. Indeed, he had to make his table inconsistent in order to fit his assumption that industry provided no surplus.

Although Quesnay was wrong about the sterility of the manufacturing sector, he was right in ascribing France’s poverty to mercantilism, which he called Colbertisme (after Louis XV’s finance minister, Jean-Baptiste Colbert). The French government had protected French manufacturers from foreign competition, thus raising the cost of machinery for farmers, and had also sold to wealthy citizens the power to tax farmers. These citizens had then used this power to the limit.

Quesnay advocated reforming these laws by consolidating and reducing taxes, getting rid of tolls and other regulations that prevented trade within France, and generally freeing the economy from the government’s stifling controls. These reforms were much more sensible than his theorizing about the sterility of industry. As Mark Blaug writes, “It was only the effort to provide these reforms with a watertight theoretical argument that produced some of the forced reasoning and slightly absurd conclusions that invited ridicule even from contemporaries.”1

Moreover, Quesnay’s work paved the way for classical economics—in particular for Adam Smith, who latched on to Physiocratic notions of free trade and the preeminence of the agricultural sector.

That Quesnay had such a seminal influence on economics is all the more surprising in light of the fact that he served under Louis XV in Versailles not as an economist, but as a medical doctor.