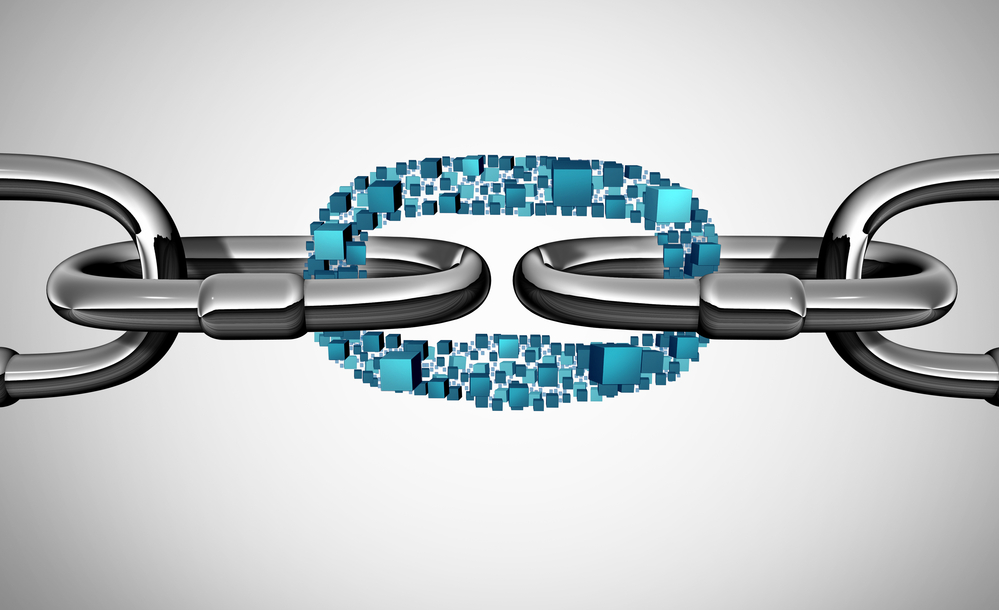 In retrospect, blockchain was a long time coming, given its potential for shifting power from governments and organizations to individuals—and addressing the government regulatory mess hobbling healthcare.

Blockchain technology came on the scene in 2007-8 with its first “use case”— cryptocurrencies, beginning with Bitcoin. It took less than a decade for the technology to begin to pop up on several continents in healthcare, the cannabis trade, banking, and logistics—especially in biomedical fields such as clinical trials.1

Recent articles in Law and Liberty have focused on the cryptocurrencies and their promise and problems,2 especially as proposed substitutes for fiat currencies.3 But in a 2019 article in the Indiana Law Journal, John O. McGinnis and Kyle Roche predicted that blockchain would offer “a platform for other kinds of technological alternatives to traditional legal regimes, like smart contracts. Bitcoin’s order without currency law will facilitate other forms of order with less law.”4

Privacy is among the most personal values gained by the individual in a free society—and among the dehumanizing losses in societies under collectivist dictatorship. Edward Snowden put it this way: “Privacy is the fountainhead of all other rights. Freedom of speech doesn’t have a lot of meaning if you can’t have… [a] quiet space within yourself, within your mind, within the community of your friends, within your home, to decide what it is you… want to say.”5

Conventionally, the blockchain has been viewed as abstruse—and the technology is sophisticated as are the proliferating use cases and applications (apps). But in concept, blockchain is readily understood. A blockchain is an online database (a software platform) often characterized as a “distributed ledger,” which is transparent, private, secure, and immutable.

No one “runs” a blockchain. A blockchain is its users. All data and authority are distributed among those users or “nodes.” Any participant can enter transactions such as sales, contracts, and information-sharing, and every transaction is recorded on the blockchain. Everyone involved can see every transaction with which they are involved. This is the very definition of transparency.

No transaction can be altered by anyone. Once a “block” of transactions is deemed complete (by consensus), that block is encrypted, given a hashtag describing its contents, and linked into the chain. If an error has occurred, it must be corrected in a separate transaction—like a newspaper story correction—which is a separate entry, not a correction of the published edition that carried the error.

Access to an individual’s data, if that data is not part of a transaction, must be permissioned. (This clears a bottleneck that has been hampering healthcare for decades.) Participants can enter “smart contracts,” which are blockchain transactions specifying in advance the unambiguous conditions for fulfillment of a deal. All monies involved are sequestered when the contract is created. When you fulfill terms of the contract, the money owed goes to you automatically—no asking the other party, no haggling, no efforts at “collecting.”

Contrast blockchain with a typical bank—with a database of transactions owned by a central authority (the bank), which accepts, approves, records, and modifies all transactions. This database in blockchain lingo risks a “single point of failure” (for example, corrupt bankers). A financial institution can be hacked, and its files frozen for ransom.

Blockchain has no central authority. Regulation is achieved via transparency. Changes are by consensus of the parties involved. Hackers cannot hack every independent, distributed node, where the entire ledger resides.

This came in very handy when states began to approve sales of cannabis products. Those products remained illegal on the federal level. Banks under federal regulation (that is, most banks) could not deal with an illegal industry or its businessmen or its revenues or payments.

Blockchain systems sprang up in many states (and grew rapidly) to handle the financial transactions of growers, processors, sellers, and buyers of cannabis products.6 Purchases and sales at every level, not to mention complete records of shipping logistics, plant processing, and purity testing, are all transparent on the blockchain ledger. (Someone soon realized that this was handy for bookkeeping, reporting to state regulators, and paying taxes).

The “use case” that gained acceptance most rapidly, however, was healthcare.7 Healthcare is typically administered by multiple independent providers, independently supplied, and records of care for reimbursement must be shared with insurance companies and governments. Analysts of the healthcare system repeatedly identified its greatest weakness as the impact of regulations concerning privacy and confidentiality of patient records.

Doctors, hospitals, pharmacies, nursing homes, and insurance companies (to name but a few) keep records on visits of patients. No single, unified patient record exists anywhere—certainly not with the patient. But all players were hesitant to share their data because they were legally responsible for its privacy and the fines for violations were substantial.8

Hundreds of problems have been chronicled. A patient entering a hospital does not bring records from his doctor, pharmacy, nursing home, or testing laboratory. Nor does the hospital have access to those records, although it can apply for them. That means constant delays, even in emergencies.

As a result, healthcare is only partially informed by the patient’s record, interviewing and testing patients is routinely repeated (with duplication of costs) by every new provider, and insurance reimbursements are delayed by cumbersome systems for entering patient data.

This barely captures the elaborate tangles of delays, mistaken records, and waste that plague advanced healthcare systems. The problem often is characterized as lack of “interoperability” of medical record systems. You may have divined already the relevance of blockchain. All data from any provider can be entered into the blockchain under the single file that is the name of the patient. Providers then can access their own data, as entered, but access to other data must be “permissioned” by the patient. This can occur on the spot when a patient enters a provider’s office and gives permission, either one-time permission or until further notice.

“If the individual patient using blockchain controls his total unified file of medical data, then the patient makes the choice to lend or sell his data—and what he asks in return.”

The blockchain is inherently innovative. So new insights into blockchain’s potential kept cropping up.9 For instance, pharmacy companies, biomedical research institutes, medical schools and their teaching hospitals, and market researchers in the health field all have an insatiable need for data on millions of patients with different conditions who are get various treatments. And they pay for that data—constantly. If the individual patient using blockchain controls his total unified file of medical data, then the patient makes the choice to lend or sell his data—and what he asks in return. This system, in particular, has swept the field of genome testing, where huge specialized and segmented databases are needed along with patient confidentiality.10

Today, government has access to the data on a blockchain chiefly when invited into a given system as a participant (for example, for insurance reimbursements or when companies supply data to comply with regulations). Otherwise, the blockchain is inherently private for any type of transaction.

How long is this likely to last? New industries and technologies seem to remain “wild west” at their outset. And then the entire logic of regulation begins to kick in.

Many readers, I imagine, are saying, “Yes!” That is exactly what is happening in the earliest-developed, largest, and wealthiest blockchain enterprises—the literally hundreds of cryptocurrencies, with Bitcoin and Ethereum the leaders.12 But problems, too, have spilled over to the crypto exchanges, where blockchain users paid in “crypto” (hundreds of different “tokens” now exist) can exchange them for other currencies.

Congress and state governments now debate how to regulate cryptocurrencies, which are taking blame for exacerbating the market crash that was set up by the Fed-driven inflationary boom.14 As a crisis creates pressure on all firms, and scrutiny and investigation increase, naturally a few firms in the crypto field are discovering malefactors.15

Back in 2018, G20 countries met to discuss regulation of cryptocurrency.16 Argentina, Australia, Turkey, South Africa, and the United Kingdom proclaimed that they would not regulate. This was not so much a matter of principle as the stakes. Mark Carney, head of the Bank of England and chairman of G20’s Financial Stability Board, declared crypto too small to pose risks to global financial stability—yet. Individual countries such as France, South Korea, and Brazil now have prohibitions and regulations in place.

Blockchain technology’s potential may be unstoppable, especially since the innovation is worldwide. But government regulation that required opening blockchain to bureaucratic scrutiny could defeat the confidentiality and privacy that define blockchain. In the end, we know, government cannot assent to leave anything important outside its power. Blockchain is inherently private and individual, inimical to government control.

With government control, blockchain no longer would be blockchain. One immediate result would be the blockchain movement seeking freedom elsewhere. (Singapore, for example, already is a major locus for blockchain experimentation.) It would not be surprising to see the locus of blockchain platforms shift to islands where other industries have sought refuge. For example, “… small countries like Gibraltar, Bermuda, and Lichtenstein are all seeking to attract new capital and become crypto-friendly as a result.”17

The outcome of the present investigation of Bitcoin and other crypto, and calls for regulation, will be a telltale.18

[6] “The Future of the Cannabis Industry Starts Here.” Potcoin (website). Available at: https://www.potcoin.com/.

[12] “Can the Government Regulate Cryptocurrency?” The NYU Dispatch (website). Available at: https://wp.nyu.edu/dispatch/can-the-government-regulate-cryptocurrency/

[14] Sofija Vidjikant, “Bitcoin Regulation: What Is Happening and What to Expect,” Softjourn (website), May 13, 2022. Available at: https://softjourn.com/insights/will-bitcoin-ever-be-regulated.

[18] Sofija Vidjikant, “Bitcoin Regulation: What Is Happening and What to Expect.” Softjourn (website), May 13, 2022. Available at: https://softjourn.com/insights/will-bitcoin-ever-be-regulated.

*Walter Donway is an author and writer with more than a dozen books available on Amazon and an editor of the e-zine Savvy Street. He was program officer or director at two leading New York City foundations in the healthcare field: The Commonwealth Fund and the Dana Foundation. He has published almost two dozen articles in the Blockchain Healthcare Review.

The cryptocurrency world has continuously grown since the launch of Bitcoin in January 2009. The novel cryptocurrency was initially launched as a payment technology, namely, to make peer-to-peer transactions without the need for a financial intermediary between the parties.1 That the cryptocurrency phenomenon unveiled during the 2008 crisis is no accident. Justified or unjustified, it is another reaction against the so-called "evil" financial market during the financial crisis. Since then, ...
Read This Article
SHARE
POST:

The cryptocurrency world has continuously grown since the launch of Bitcoin in January 2009. The novel cryptocurrency was initially launched as a payment technology, namely, to make peer-to-peer transactions without the need for a financial intermediary between the parties.1 That the cryptocurrency phenomenon unveiled during the 2008 crisis is no accident. Justified or unjustified, it is another reaction against the so-called "evil" financial market during the financial crisis. Since then, ...
Read This Article