What can we expect from Macron? 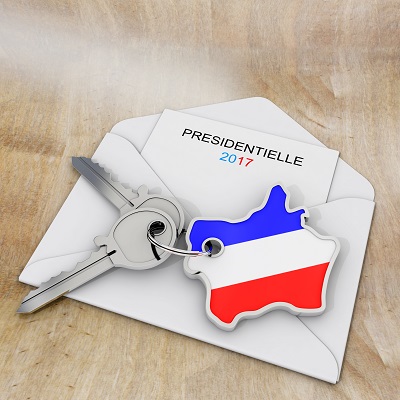 As you know, Emmanuel Macron is the new President of the French Republic. Macron has beaten Marine Le Pen with a substantial majority: 66% of the votes. Most commentators- at least, most of European commentators, were so relieved by Le Pen’s loss, that they have quickly transformed Macron into an icon.

But what can we actually expect out of Macron?

I’ve read Macron’s book, Revolution, and came to think that he, as a smart politician, is being most careful and purposefully ambitious in crafting this message. This makes plenty of sense for the leader of a movement that was to go beyond traditional parties both on the left and on the right.

I thought, however, that to get a better picture I may benefit from the views of those that follow French politics more closely.

This is why I’ve quizzed a few French friends by e-mail and I publish here, with their permission, their answers.

Macron as a minister
To understand where Macron is heading, it might be helpful to see where he is coming from. I thought that it might be useful to have my correspondent’s opinion on Macron’s tenure as Minister of the Economy, in the government of Manuel Valls.

Alan Kahan, a professor of history at Sciences Po Saint-Germain-en-Laye and the author of the remarkable Mind Vs Money, reminds me that Macron made his reputation abroad for a package of “liberalisations”, which included the opening to competition of the long-distance bus industry. “The reforms were very modest, but at least we now have inter-city bus service, and the way in which he dealt with the Socialist Party showed character”.

Cécile Philippe, the director of Institut Molinari, a public policy think tank, commented that Macron was “amazingly energetic and showed an amazing amount of persistence for a law that was unfortunately very light and on some issues even counterproductive. You could not help but admire how he responded to questions and fought for his law. But at the same time, it was so disappointing to see that the only thing which in the end he was able to reform was the bus sector”.

So Philippe and Kahan seem to agree that Macron was forceful and committed, but didn’t accomplish much.

Far more trenchant is Pascal Salin, an accomplished economist and a member and past president of the Mont Pelerin Society. Salin reminded me that “before being minister of the economy he was the economic adviser of François Hollande and he has a great responsibility for the destructive economic policy of François Hollande (increase in public spending and in taxation, regulations, etc..). Therefore, from what he did, both as an adviser and as a minister, one should consider that he is a traditional socialist”.

On the other hand, Ran Halévi, a well known historian and the director of Centre de recherches politiques Raymond Aron, points out that “Macron didn’t influence much Holland’s policies when he was a senior adviser at the Elysée. But it took him quite a long time — too long — to realize how little influence he exercised there”.

The upcoming elections
France is going back to the ballot in one month, for parliamentary elections. They will be crucial for securing a viable majority to Mr Macron. It is very unlikely that he could be an effective leader if he needs to engage in continuous bargaining with a hostile Parliament.

For Kahan, “Only a fool has confidence about the results of the parliamentary elections. But whether En Marche wins an absolute majority or not, I expect he will be able to make deals with former Socialist and Republican splinter groups and have a working majority”.

Halévi is less hopeful: “I doubt he may obtain absolute majority. At best, probably he will have to form a coalition, but nobody knows with whom, since both the Republicans and the Socialists are divided and prone to dissidence among their ranks”.

Cecile Philippe points out that “for the Senate, this is going to be even more complex as only a third is going to be replaced this year. The thing is that even if he has a majority he will not necessarily be able to pursue any big policy change. In France, you do not only govern with the parliament. Trade unions and the street can be very potent. And as you might know, abstention has been the highest of the 5th republic and the extreme left has already warned Macron: he has been elected because he is not Marine Le Pen but he better be careful what he wishes for. The biggest lesson of this election is that the extreme represents around half of the voters. It will have a huge impact on the next 5 years.”.

So far, Macron has appointed a prime minister, Edouard Philippe, who comes from the moderate wing of the main centre-right, the Republicans party. We will see if this move will help him in growing his electoral support.

Reforms?
Let’s assume that Macron succeeds in securing a new government. What shall we expect from him?

Pascal Salin maintains that reforms are very unlikely to happen under Macron’s watch.

Kahan is more hopeful: “There will be reforms, albeit not enough. The ‘moralisation law’ will happen, eliminating the hiring of family members by elected officials, among other things. There will be some labour law reform, not enough, but of some use. Some tax reform (not enough). But the most important thing is this. French taxation is 57% of GDP. Macron promises to bring it down to 53% over 5 years. By comparison, between 1979 and 1986 public spending under Thatcher was unchanged as a % of GDP, at 45%, From 86-89 it fell to 39%, partly as a result of growth. IF, an enormous IF, Macron does what he says in this regard, I think he will have done as well as anyone could reasonably hope.”

Philippe points out that Macron “has already said that he will start with a clean-up of politics, a simplification of the labor law (Hollande tried to do the same thing with a lot of debates and no effect so far), a reform of primary schools, a right to make mistake that is, especially in fiscal matters, the right to have made a mistake in the amount you paid, and a reorganization of the fight against terrorism”.

But, explains Cecile, “Macron does not really have a big plan of what must be done, so far. Maybe it is part of his strategy. As you can see above, he has many targets. I do not believe that they are the most important ones because they never touch upon the issue of institutional competition. It is a bit the same as Sarkozy and Hollande, he wants to touch upon many things without going deep into any. The risk is he’ll provoke a lot of resistance for nothing really big”.

What about Europe?
I’ve also asked my correspondents if they think Macron will side with Germany in pretending Eurozone partners stick with fiscal responsibility, or would pursue big, Keynesian-like projects to develop in Brussels.

Halévi thinks Macron will try to associate the Germans in some attempt to “reshape” the European Union, though the chances he may succeed are “uncertain at best”. Kahan maintains that “he will push hard for Greek debt relief, which I approve of, and fairly hard for some pan-Keynesian European spending, which I don’t approve of, and which the Germans will stop”.

Salin is quite skeptical: “Macron may agree in speeches with fiscal responsibility, but he will likely act quite differently, since he has a demagogical program and he seems to be ready to spend public money in order to please many categories of people”.

Of course these answers reflect my friends’ politics, and their hopes, not just their cold blooded analysis. And yet I think they provide some sobering words of caution. The risk of a Le Pen presidency was thwarted, with great relief. But this is far from meaning France is now on the way to solid, liberalising reforms. It is very likely that Mr Macron will continue to run up hill – and France and Europe too.

Macron will fail to pass reforms just as every previous President de la Republique has failed. France has had 15 years to pass reforms and it refused each and every time. The political will to pass economic reforms doesn’t exist. France doesn’t want lower taxes or more liberal work laws anymore than America wants to get rid of its guns.

Macron always says “we need more flexible labor markets, the government spends too much money on unproductive employees, we need to reject dirigisme.” But when people ask him which programs will be cut, which workers will be fired as a result of liberalization, which industries privatized, he always responds that the teachers aren’t getting paid enough, the factories are suffering etc. It’s a bait-and-switch, which leads me to believe that when the street protests start, Macron will back down just like every other French President, since deep in the heart of France, no one wants to work 40 hours a week.

Consider these two couplets:Couplet #1: "Socialism has failed."  "No, real socialism has never existed."Couplet #2: "Libertarianism has failed." "No, real libertarianism has never existed."In both cases, the point of the first clause is to discredit an economic system.  In both cases, the point of the second ...

A new NBER paper by Daron Acemoglu and Pascual Restrepo finds that "deployment of robots reduces employment and wages, but they caution that it is difficult to measure net labor market effects." Here is a graph that summarizes their results: Notice that cities with auto factories such as Detroit and Lansing have abo...

What can we expect from Macron?

As you know, Emmanuel Macron is the new President of the French Republic. Macron has beaten Marine Le Pen with a substantial majority: 66% of the votes. Most commentators- at least, most of European commentators, were so relieved by Le Pen's loss, that they have quickly transformed Macron into an icon. But what can ...