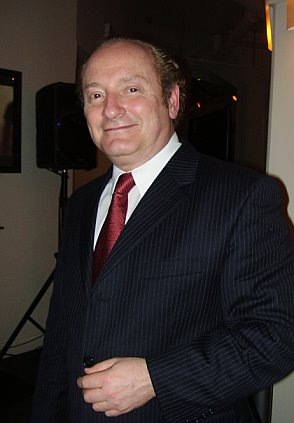 Robert Merton, along with Myron Scholes, received the 1997 Nobel Prize in economics “for a new method to determine the value of derivatives” (see the biography for myron scholes for a discussion of the significance of this contribution to knowledge).

In 1969, as one of his steps toward developing a formula for valuing options, Merton had written a paper with Paul Samuelson on the value of warrants. Merton, who was himself working on the options pricing issue in competition with his friend Myron Scholes, had planned to attend Fischer Black’s and Scholes’s presentation on option pricing at a July 1970 conference on capital markets sponsored by Wells Fargo Bank. But he overslept and missed the session. Maybe that was just as well, because he proceeded on his own and developed an alternate proof, published in 1973, of the option-pricing model. In his 1973 article, Merton generalized the Black-Scholes result by changing various assumptions on interest rates, dividend payments, and other variables.

In his Nobel lecture, Merton pointed out the wide applicability of the options-pricing framework. It can be, and has been, used to estimate the value of many things that can be seen as options—deposit insurance (see Financial Regulation), pension insurance, guarantees of student loans, rights to drill offshore oil, development of pharmaceutical products, and others.

Merton’s academic interests were fueled strongly by his other interests. While a master’s student at Cal Tech, he actively traded stocks, convertible bonds, warrants, and over-the-counter options at a local brokerage house before going off to his morning classes. These activities led him to a discovery that put him ahead of his later, more academic colleagues: the “institutional rigidities” that economists often claim are inviolate are more flexible in a free market. (Specifically, he found banks that would lend him up to 85 percent of the value of some of his convertible bonds rather than the usual 50 percent.) Also, his trading in warrants led him to work on warrant pricing with Samuelson. And, finally, a section of his 1973 paper that helped win him the Nobel Prize was on pricing of a particular kind of call option that he had become aware of on a consulting job in Asia.

Merton’s academic interests also fueled his other interests. In response to the large stock-market decline of 1973–1974, Merton and Myron Scholes started a mutual fund that used options to protect investors from losses. In 1993, he helped start Long Term Capital Management.

Merton earned his B.S. in engineering mathematics at Columbia University, his M.S. in applied mathematics at the California Institute of Technology, and his Ph.D. in economics at MIT. From 1970 to 1988, he was a professor at MIT, and from 1988 to the present he has been a professor at Harvard Business School. He is the son of sociologist Robert Merton (see unintended consequences).