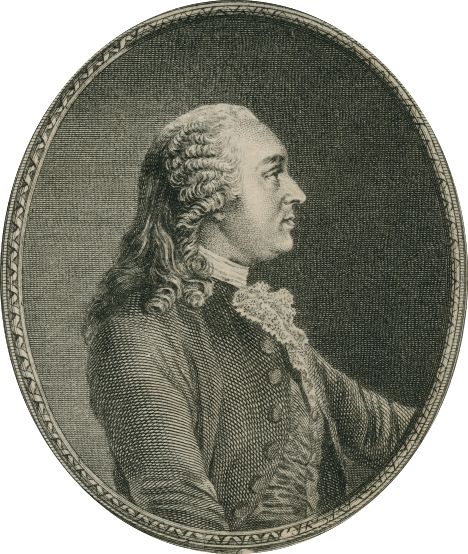 Turgot was the French Adam Smith. His Reflections on the Production and Distribution of Wealth, which predated Smith’s The Wealth of Nations by ten years, argues against government intervention in the economic sector. Turgot recognized the function of the division of labor, investigated how prices were determined, and analyzed the origins of economic growth. Like François Quesnay, Turgot was a leading Physiocrat who attempted to reform the most stifling of his government’s economic policies.

Probably Turgot’s most important contribution to economics was to point out that capital is necessary for economic growth, and that the only way to accumulate capital is for people not to consume all they produce. Most capital, he believed, was accumulated by landowners who saved the surplus product after paying the cost of materials and of labor. Turgot agreed with Quesnay’s notion of the circular flow of savings and investment, where savings in one period become investment in the next.

Turgot distinguished between a commodity’s market price—determined by supply and demand—and its “natural” price, the price it would tend to if industries were competitive and resources could be reallocated. An increase in demand, for example, could increase a good’s price, but if resources were free to enter that industry, the new supply would bring the price back down to its “natural” level. In this reasoning Turgot anticipated Adam Smith.

Turgot also predated Smith in recognizing the importance of the division of labor for an economy’s prosperity, and he was the first economist to recognize the law of diminishing marginal returns in agriculture. Predating the Marginalists by a century, he argued that “each increase [in an input] would be less and less productive.”

Turgot applied many of his laissez-faire economic beliefs during his thirteen-year appointment (1761–1774) as chief administrator for the Limoges district under Louis XV and as minister of finance, trade, and public works from 1774 to 1776 under newly anointed Louis XVI. In the latter job one of his first measures was to abolish all restrictions on sales of grain within France, a measure the Physiocrats had long advocated. He ended the government’s policy of conscripting labor to build and maintain roads, and replaced it with a more efficient tax in money. Milton Friedman has called the replacing of taxes in kind with taxes in money “one of the greatest advances in human freedom.” Turgot abolished the guild system left over from medieval times. The guild system, like occupational licensing today, prevented workers from entering certain occupations without permission. Turgot also argued against the regulation of interest rates.

Louis XVI did not welcome Turgot’s reforms and dismissed him in 1776. Some historians claim that had Turgot’s reforms been kept, the French revolution might not have erupted thirteen years later.

Turgot himself never lived to witness the upheaval his own reforms might have helped thwart. He died in Paris of gout at age fifty-four.

1766. Reflections on the Production and Distribution of Wealth. Reprinted in P. D. Groenewegen, ed. and trans., The Economics of A. R. J. Turgot. The Hague: Martinus Nijhoff, 1977. Also available online at: http://www.econlib.org/library/Essays/trgRfl1.html
SHARE
POST: