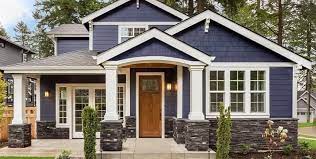 The bad news is that America’s housing affordability crisis has gotten even worse. Rents will probably come down over time in places where housing construction isn’t prevented by excessive regulation. (Sorry, this is one policy area where blue states generally get it wrong while many red states get it right.) But NIMBYism in places like California and, yes, New York will do even more damage in the remote-work era.

The housing story, then, is that the pandemic changed the way we live and work — or, more likely, brought forward changes that were going to happen eventually. This led people to want more space at home. And that’s OK. What we need now is to let markets give people what they want, at a price more people can afford.

This is from Paul Krugman, “Wonking Out: How the Remote Work Craze Made Housing Affordability Worse,” New York Times, September 30, 2022.

He almost always talks sense when he’s being an economist and not an apologist.  🙂  I’ve sensed he’s doing that (economics) a little more frequently lately.

Interesting. Maybe I should check his writing more than sporadically.

Arguably property law arose from the desire for certainty, stasis, control. This is a near universal desire, but one that can be achieved only in part. Thus property consists of a bundle of rights, and the choice of which rights to include and which to exclude is largely arbitrary. Property rights let me make claims against a neighbor for removing lateral and subjacent support; they may or may not give me a claim against a neighbor for noise, or vibration, or ugliness, or smoke, or view obstruction, or sunlight occlusion. Sometimes I can sue my neighbor for letting his cattle trespass on my crops; sometimes I can’t, and must instead bear the burden of fencing out the cattle. Laws governing the use and extraction of water are endlessly complicated.

As I noted in another post, we really don’t have clear property rights around storm water management. We might conceptually invent such rights–requiring everyone to impound 100% of the rain that falls on their property, and therefore to build walls and trenches at every property border–but almost certainly the aggregate cost would exceed the aggregate benefit. But to understand that argument, you’d have to acknowledge societal values such as aggregate cost and aggregate benefits, which some libertarians don’t.

This is an intro to the idea that zoning arguably promotes landowners’ interest in certainty, stasis, control–the same interests that underlie other property rights. Yes, I suspect zoning laws benefit people who live in a given location at the expense of people who would like to live in that location. I suspect trespass laws also have this effect.

In short, I favor relaxing zoning laws in general–but I don’t regard them as an affront.

2: Following a century-long trend, an ever-larger share of the population wants to live in cities. Even with more housing construction, I have to suspect that this pattern will tend to increase housing prices. Urban living seems to be a superior good–and as society gets richer, the premium for superior goods tends to increase.